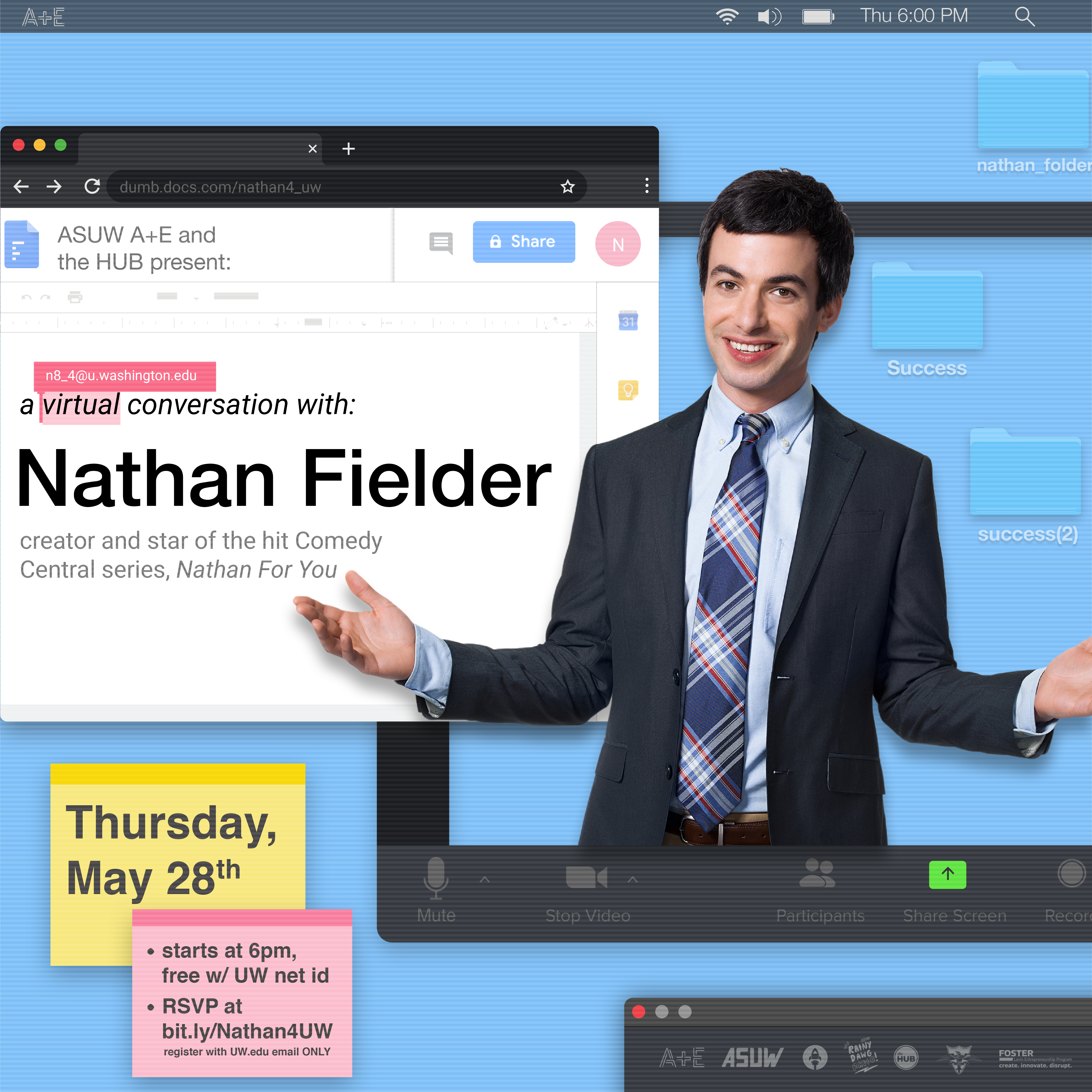 A Virtual Evening with Nathan Fielder

Worked with ASUW Arts and Entertainment to create and promote a virtual event with comedian Nathan Fielder for the University of Washington. It was the first virtual event ever of its scale, and was to be carried out over Zoom, so we leaned into that pretty heavily for the design direction as well as the marketing campaign.

I designed a series of promotional assets, including a main graphic and a few animated variants for countdowns and ads on Instagram.

The event was pretty successful, and was even mentioned (around 43:30) during a conversation between Alexa Demie and Fielder on the A24 podcast.