Alfredo: Album of the Year

Alfredo, the collaborative album from Freddie Gibbs and the Alchemist, was nominated for a Grammy Award in December of 2019.
I was asked to model a trophy based on the artwork using 3D software. The asset was used on a series of commemorative billboards and a line of commemorative merchandise. 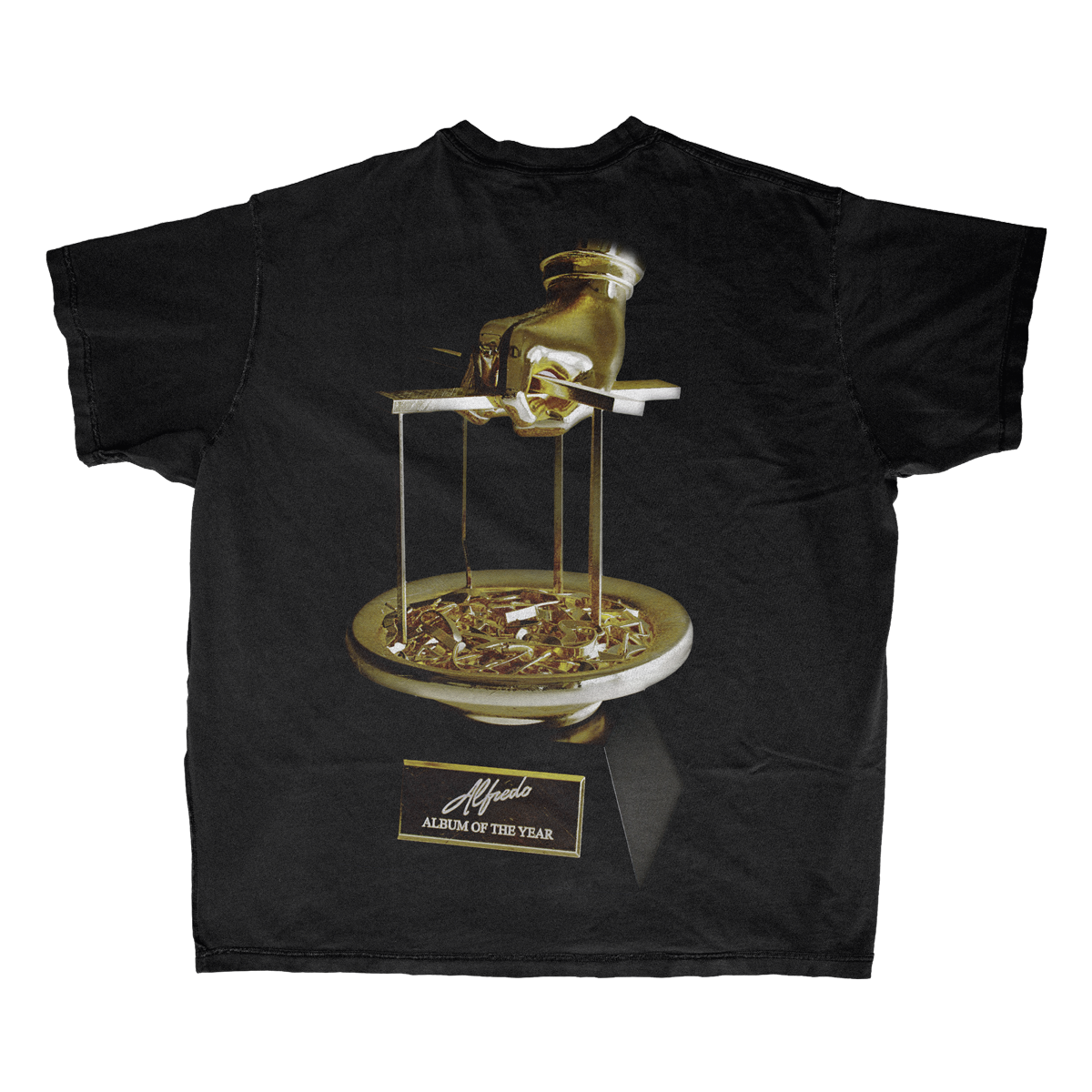 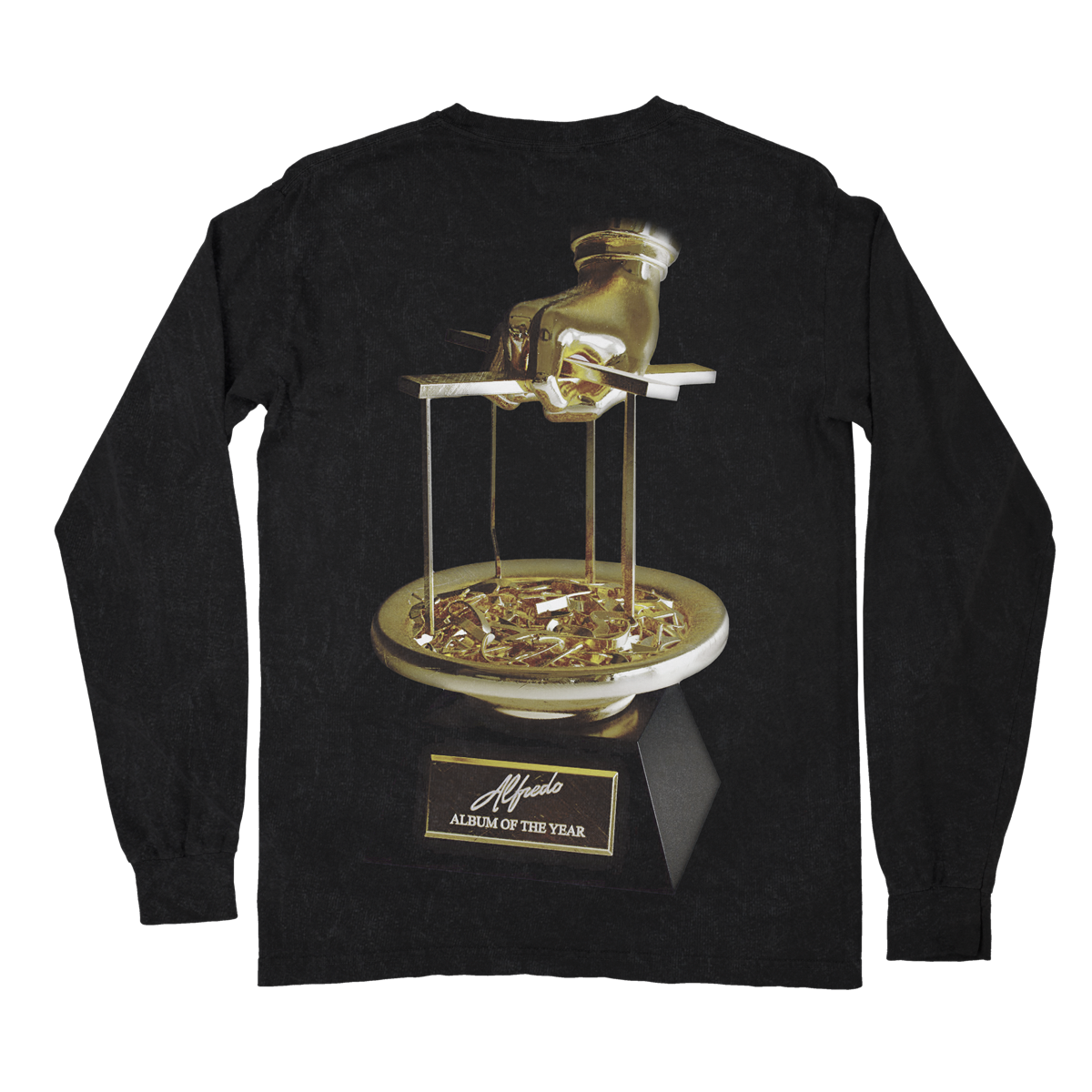 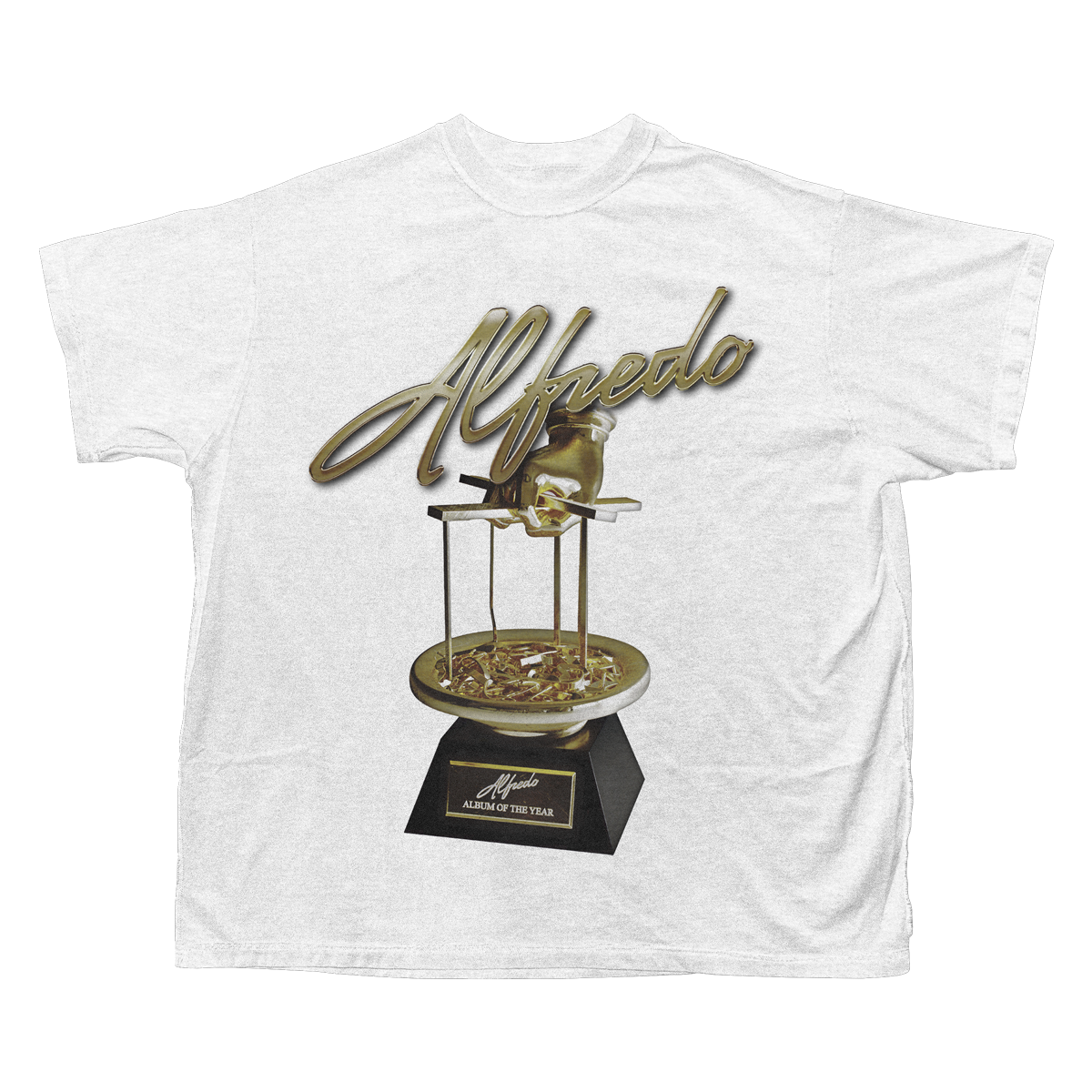 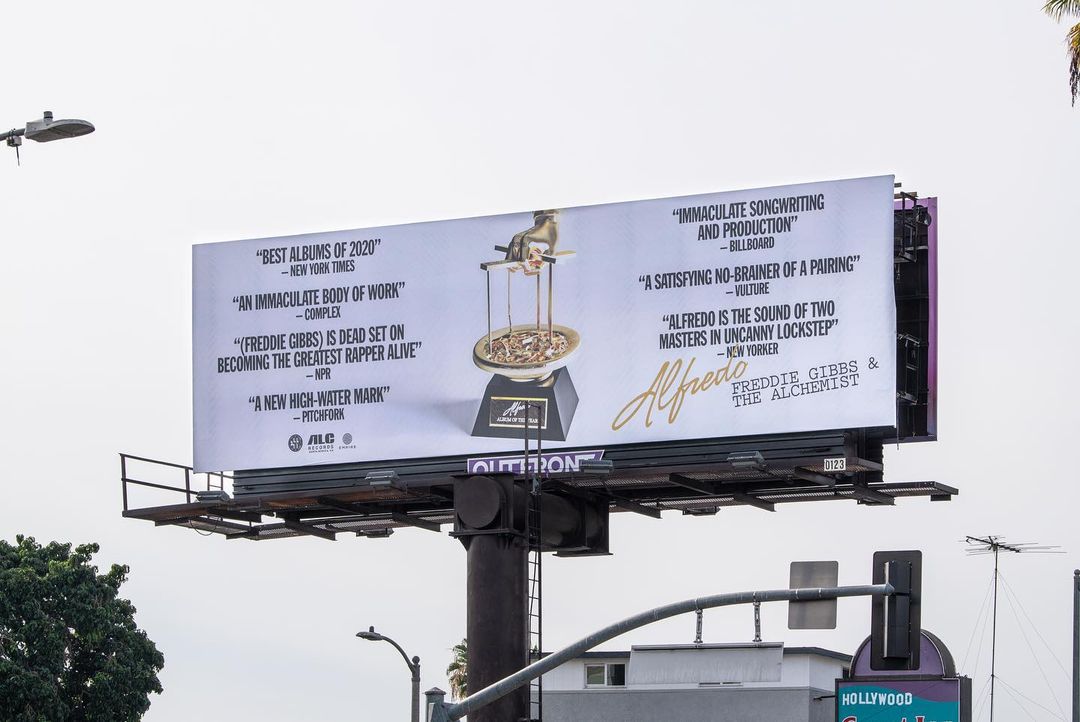 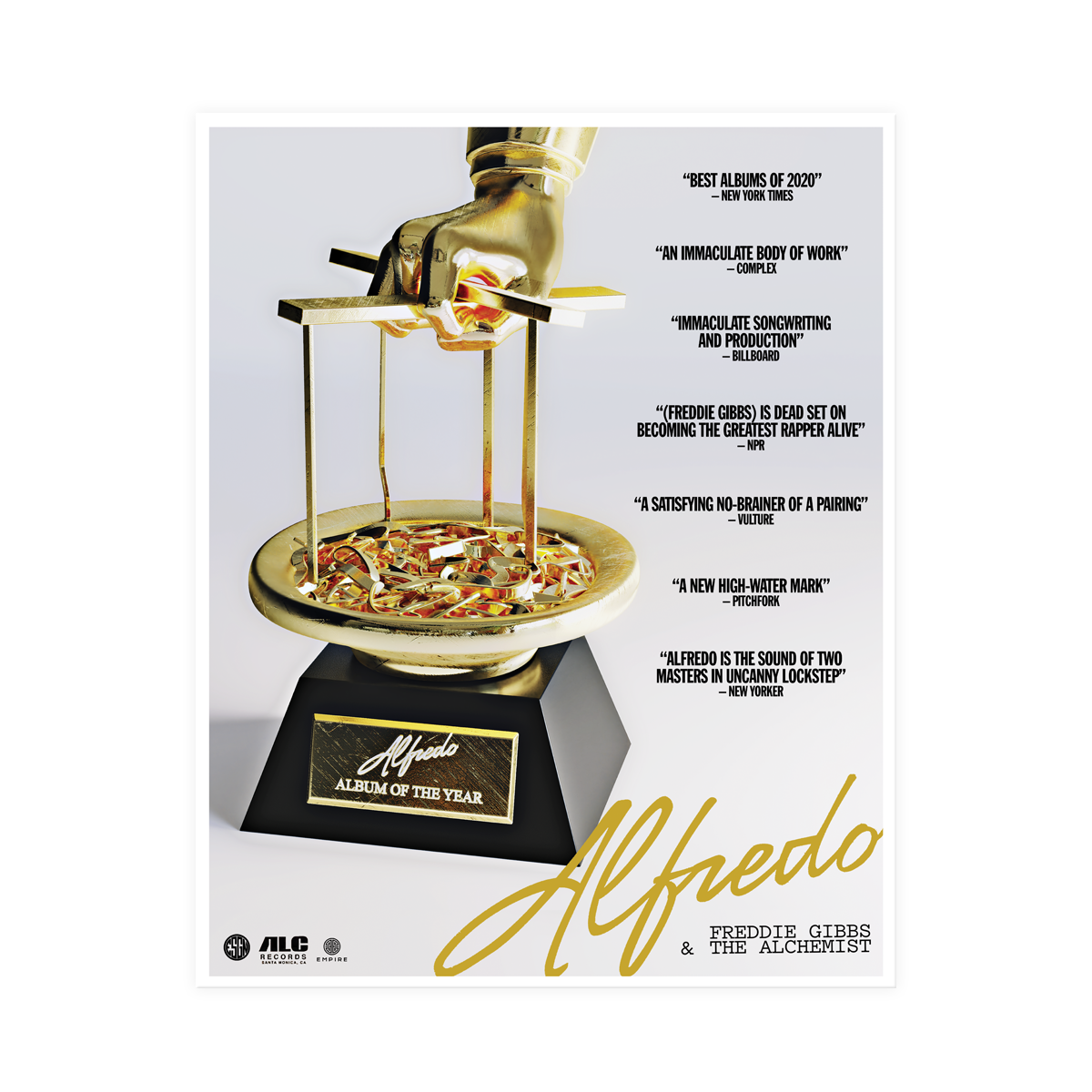 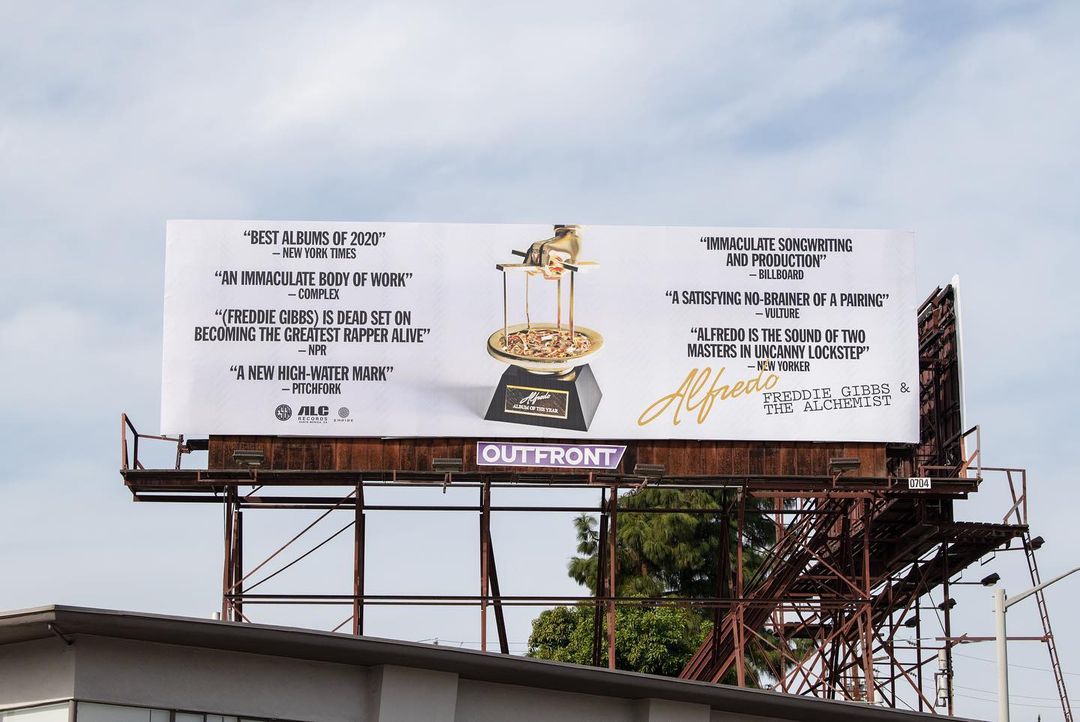 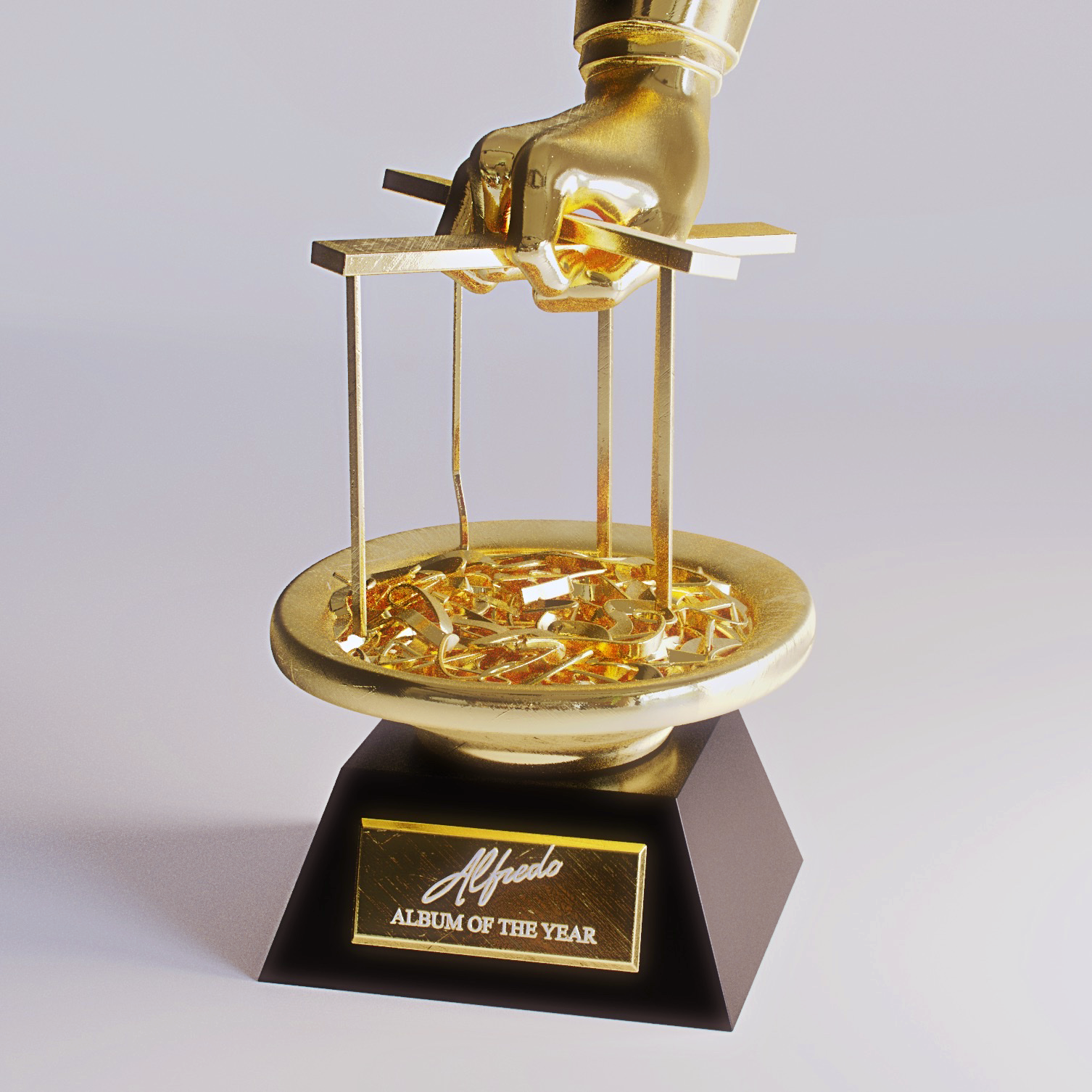