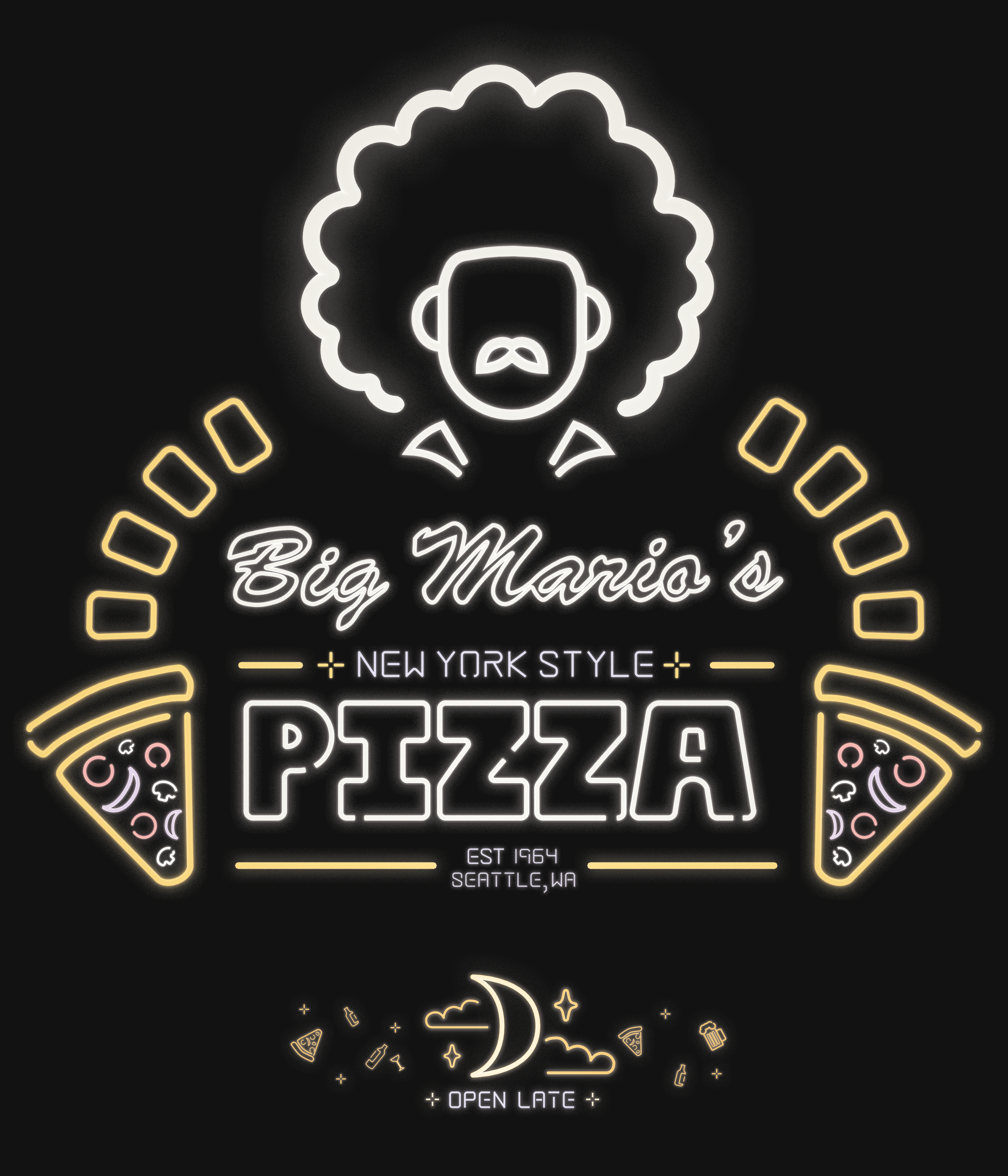 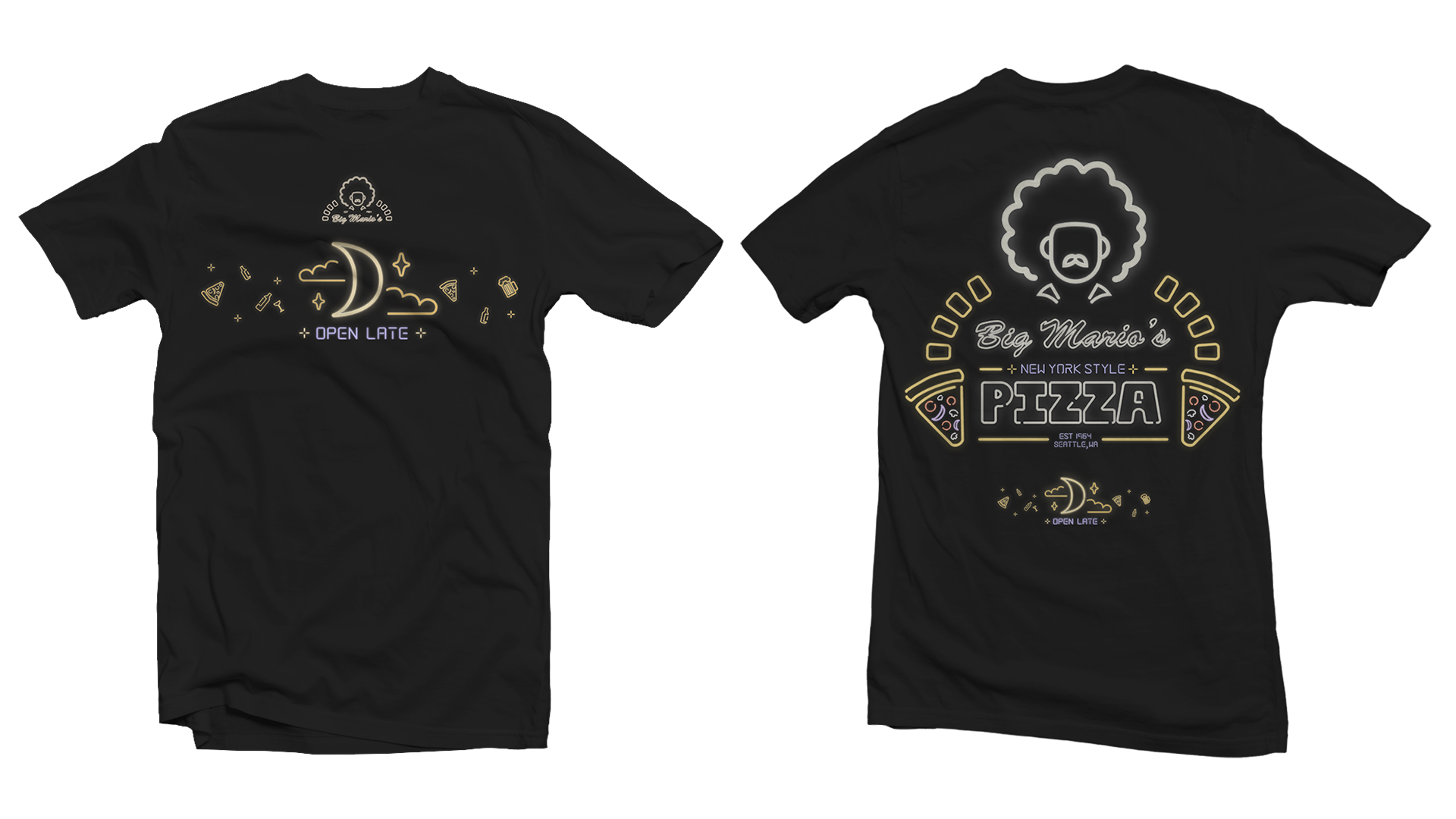 The "Open-Late Tee" for Big Mario's

As part of an initiative for clothing retailer Wayward, I was selected alongside four other Black artists + designers to create a t-shirt for a local business here in Seattle. All of the profits were to be donated to an organization of our choice. I designed the "Open Late Tee" for Big Mario's, an authentic New York Style Pizzeria here in Seattle.

I wanted to make a shirt that represented what defines an authentic New York pizzeria, according to Big Mario himself: being open late, and serving booze. The t-shirt was inspired by the iconic neon signs that adorned the storefronts of most New York pizzerias in the late 1900's. The graphic was designed completely in Cinema4D, and colored with Photoshop.

The shirts were available exclusively online on Wayward.com, but I was later informed that customers had been visiting physical Wayward stores asking specifically for the "Open Late Tee". It sold pretty well.

At the end of the campaign, all of the profits from my shirt were donated to the Seattle Chapter of the Black Lives Matter organization.